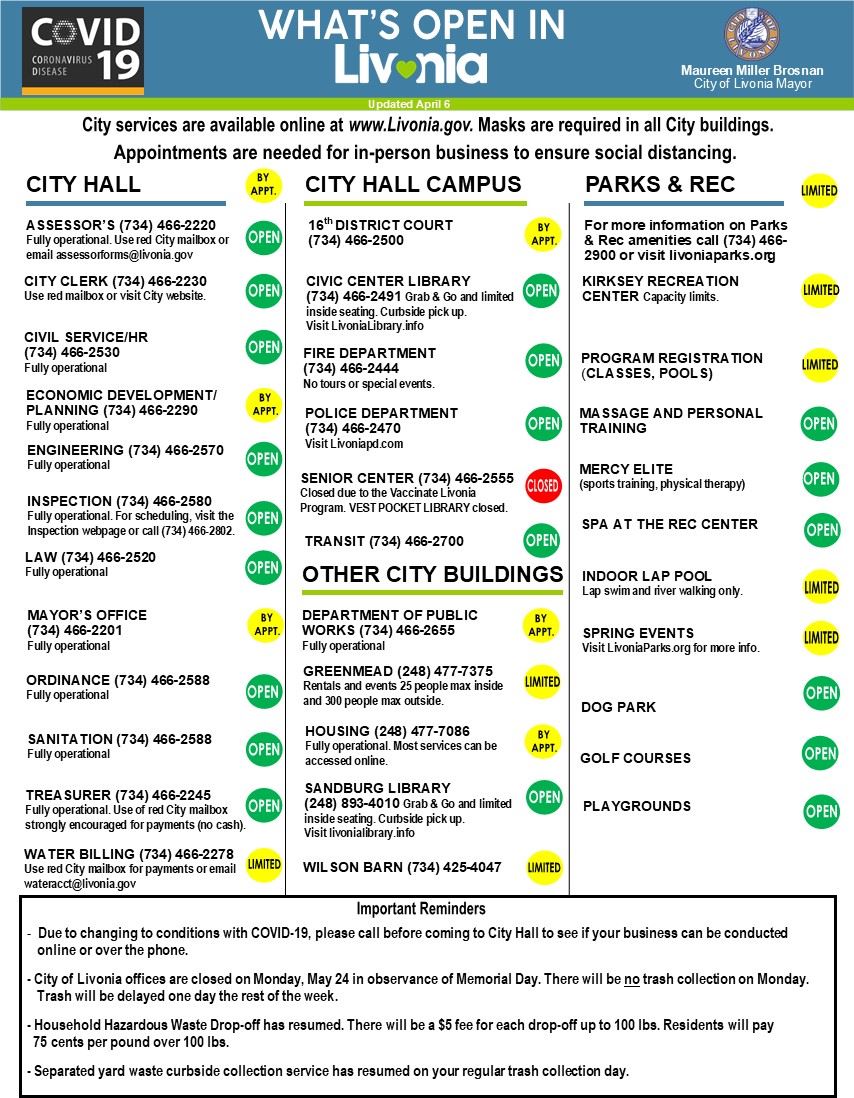 City services are available online at www.Livonia.gov Masks are required in all City buildings.

Appointments are needed for in-person business to ensure social distancing.

Spa at the Rec Center - Open

-  Due to changing to conditions with COVID-19, please call before coming to City Hall to see if your business can be conducted online or over the phone.

- City of Livonia offices are closed on Monday, May 24 in observance of Memorial Day. There will be no trash collection on Monday. Trash will be delayed one day the rest of the week.

- Household Hazardous Waste Drop-off has resumed. There will be a $5 fee for each drop-off up to 100 lbs. Residents will pay
75 cents per pound over 100 lbs.